For the last two weeks, I have had the privilege of being in the room where history was made. No, I haven’t been at the World Cup in Qatar, I’ve been spending my days (and some of my nights) at the Palais de Congres in Montreal, closely following the negotiations on the post-2020 Global Biodiversity Framework.  It has been compared to the Paris agreement on climate change in its importance internationally, and just before dawn this morning, it was signed.

So remember the 19th December 2022 – the day we decided to pull back from thoughtless destruction of biodiversity, and finally try to bend the curve on the loss of biodiversity.  And of course, since nature provides us with many of the solutions to tackling climate change, and land conversion is one of the biggest drivers of climate change, we’ve also taken one of the biggest steps so far in ‘keeping 1.5 alive’. This deal is not just a special interest of people like us – it’s crucial for climate stability, water management, air quality, food security and much more

The Kunming-Montreal Global Biodiversity Framework sets out a vision for an ‘ecological civilisation’ with the whole world living in harmony with nature by 2050.  To deliver this, it has four main goals:

There are then 23 targets on how this will be delivered, all of which are recognised to be urgent, for immediate action, and completed by 2030.  These include commitments to restore 30% of degraded land, and to manage 30% of land and sea areas for the benefit of biodiversity by 2020.  There is a strong call for action on pollution, on harvesting and sustainable use of wild species, and for managing invasive species – all of the main drivers of biodiversity loss are to be tackled in the next eight years. There are some targets that could have been stronger.  There is no numerical target for reducing species extinctions until 2050, so it may prove harder to hold parties to account.  The requirements for large companies to report on their biodiversity impacts fell short of using the word ‘mandatory’ but the agreement still provides mechanisms to hold businesses and financial institutions accountable.

There is always scepticism about an agreement like this, but these are very different from the Aichi targets 12 years ago that have comprehensively been missed.  This is not just a set of environment targets; all parts of the economy are now involved.   Governments of the 198 Parties to the agreement can now start planning and lawmaking on that basis.

Credit must go the the Chinese Presidency of this COP in getting this landmark agreement over the line; it certainly hasn’t been straightforward.  With Parties ranging from small island developing states to some of the largest industrial economies, the variations in perspective and ambition are huge.  Different parties have very different things to lose – from perceived impacts on financial growth to the very real impacts of ecological collapse.  So there have been tetchily-guarded red lines and late night walk-outs along the way.  There were tense moments last night during the adoption meeting, and some of the African nations were still not happy about aspects of the funding deal as the gavel went down.  Despite it all though, there has also been a huge amount of collaboration and shared ambition and there is so much relief this morning that we have settled on a very equitable framework, which is strong on human rights, the rights of indigenous people, and the role of women.

So as the bleary-eyed delegates go back to their hotels to sleep we can reflect that, after four years of planning, we got our Paris moment for nature and the need to become nature positive alongside net zero is now enshrined in international law.  This isn’t ‘business as usual with a bit more money for conservation’.  This is urgent and transformative change of all aspects of society and there couldn’t be a more exciting time to work in our profession. 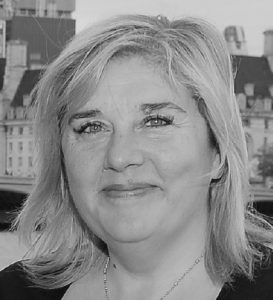 Stephanie Wray CEcol CEnv FCIEEM is a CIEEM Past President and past Chair of the Strategic Policy Panel. She attended COP15 as a CIEEM representative under our Observer Status access.