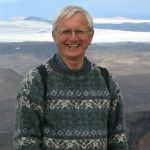 Roger Crofts CBE FCIEEM has an international reputation for his work on protected areas and environmental management, and his engagement in strategic management of a large and diverse range of influential organisations. As Founder CEO of Scottish Natural Heritage, he instituted schemes of positive management agreements with owners of protected sites and led a major programme of Natural Heritage Futures which still forms the basis for strategy. Roger was Chairman of the IUCN UK Committee and of its World Commission on Protected Areas (WCPA) European Region. He persuaded colleagues to enlarge the international definition of a ‘protected area’ to include ‘nature’, and led the establishment of an international specialist group on geoheritage and the first IUCN publication on geoconservation. He has travelled widely and brought his knowledge to bear in his longstanding work in Scotland and Iceland particularly. He has written, spoken and advised on improving care for the natural environment and on protected areas advising governments on protected area management in Bulgaria, Denmark, Lithuania, Slovakia and Slovenia. In retirement, he advises, lobbies, writes and talks to anybody who will listen in Scotland, Iceland and Europe on environmental strategy and policy, geoheritage conservation, protected areas and good governance. 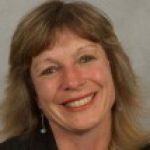 Jane Davidson was the Labour Assembly Member for Pontypridd and the Minister for Environment, Sustainability and Housing in the Welsh Assembly Government until May 2011 when she stepped down as a Member. She was highly regarded in the role and was felt to have a real passion for, and commitment to, the natural environment. She was instrumental in developing and supporting the ‘A Living Wales’ environmental framework.

She was also the Welsh Vice-President of the Ramblers’ Association, stepping down when appointed Minister for Environment, Sustainability and Housing in 2007.

Jane’s current role is establishing the Institute of Sustainability at the University of Wales Trinity St David, with Peter Davies, Wales’ Commissioner for Sustainable Futures, and sustainability entrepreneur Andy Middleton. The Institute, called INSPIRE (Institute for Sustainable Practice, Innovation and Resource Effectiveness), is looking at the university’s own practice, studying how to develop south west Wales as a low carbon region, and “working with organisations to see what sustainable development at the core of their business will look like.” 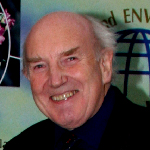 Professor David Goode studied for a BSc in Geology and a PhD in Botany from the University of Hull. He is currently a consultant ecologist and visiting professor at University College London but in the past he has been the Head of Environment for the Greater London Authority, Director of the London Ecology Unit, Senior Ecologist with Greater London Council and Assistant Chief Scientist with the NCC. David and was awarded the Heidelberg Award for Environmental Excellence in 1999. He was also the president of IEEM between 1994-1997. 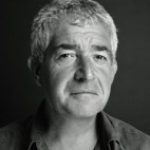 Tony Juniper is the former Director of Friends of the Earth (England, Wales and Northern Ireland) and a well-known environmentalist, campaigner and writer. He has had spells working for a local Wildlife Trust and Birdlife International and retains a strong interest in supporting the work of environmental NGOs. He is a Special Adviser to the Prince of Wales Charities’ International Sustainability Unit, having previously worked as a Special Advisor with the Prince’s Rainforests Project. He is currently chair of Natural England, teaches in the Cambridge University programme for Sustainability Leadership, advises businesses on sustainability issues, and works as an environmental adviser on projects that interest him. 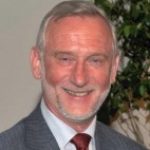 Professor Sir John Lawton FRS is a population biologist with research interests in birds and invertebrate populations. Sir John founded the NERC Centre for Population Biology at Imperial College’s Silwood Park and became Chief Executive of NERC in 1999. He became Chairman of the Royal Commission on Environmental Pollution in 2005 until its cessation in 2011. He has been actively involved in environmental NGOs including WWF-UK, RSPB and Yorkshire Wildlife Trust. Most recently Sir John led the review group that resulted in the publication of the influential Making Space for Nature report. 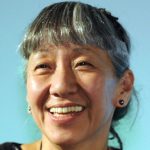 Judy Ling Wong CBE is an environmental activist, dancer, painter and poet. She is a major voice on policy and practice towards social inclusion. For 27 years, Judy was the UK Director of the Black Environment Network (BEN). She is now its Honorary President. Judy established BEN in 1987, building relationships between people from ethnic minorities and the built environment. Judy champions more people from minority ethnic backgrounds to visit the countryside, sharing the message that countryside access is not an access issue but a rights issue, challenging the notion that the countryside is a “white space”. 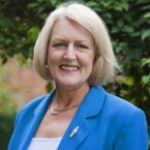 Barbara Young, Baroness Young of Old Scone, is a member of the House of Lords. She was created a life peer in 1997 as Baroness Young of Old Scone, of Old Scone in Perth and Kinross. Baroness Young is currently the Chief Executive of health charity Diabetes UK, a position she took up on 1 November 2010. Before joining Diabetes UK, Young was involved in the establishment of the Care Quality Commission (CQC). Prior to taking up the post of chair of the CQC, Barbara Young was the chief executive of the Environment Agency (2000 – May 2008), an appointment which led to her becoming a non-affiliated member in the House of Lords. Other posts she has held include chair of English Nature; vice chairman of the BBC; board member of AWG plc; Chief Executive of the Royal Society for the Protection of Birds and of a number of local health authorities, including Parkside Health Authority.