CIEEM was formed in 1991, three years after the formation of the Intergovernmental Panel on Climate Change (IPCC). Anthropogenically-forced climate change has been an issue that ecologists and environmental managers have been facing for over three decades, and, sadly, global efforts to mitigate and slow down the rate of change have fallen far short of the mark. CIEEM is committed to leading the way in taking urgent action to address the climate and biodiversity crisis. We as a society must urgently reduce emissions and increase carbon sequestration through Nature Based Solutions, but we must also accept that climate change is happening and consider the implications of this in the management of our native flora and fauna.

Climate change is already having a profound effect on ecosystems worldwide. In response to changing climatic conditions, terrestrial species are moving to higher elevations, marine species are moving to greater depths of the ocean, and both are moving polewards, seeking out new locations which are more suitable to their climatic niches. This poses a difficult challenge to ecologists and environmental managers.

Historically, environmental management has focussed on in-situ conservation, with the aim of conserving existing habitats and species assemblages in a particular area. More recently, there have been calls to recreate habitats and reintroduce species that were here before human activity led to their destruction or local extinction. However, as the climate warms, perhaps we should not be looking to the past, and instead, looking to the future. 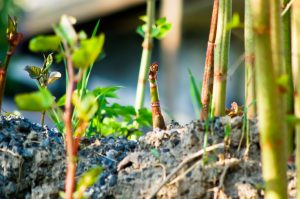 Should we be concerned about the potential impacts of range shifting species on our local ecosystems?

We ecologists are often wary of species moving into environments where they have not been present historically, and justifiably so. It is undeniable that introduced species can have devastating impacts – the June 2020 edition of In Practice outlined the enormous challenges we are facing with invasive non-native species. Should we therefore be wary of species which are shifting their ranges in response to climate change? There is considerable debate around this topic. A paper recently published in the journal Nature Climate Change suggests that we should adjust the lens of invasion biology to focus on the potential impacts of climate-driven range shifts. However, a rebuttal was published in the same edition of the paper, arguing that such an approach would be to adopt an adversarial, local and static paradigm that may be at odds with protecting global biodiversity.

Of note is the recent UK Environmental Audit Committee Inquiry into Invasive Species, where a distinction was made between invasive non-native species and range shifting species, putting the onus of the definition of invasive species on the human movement of species. However, it was stressed that the impact of range shifting species should still be assessed, and that climate change is likely to exacerbate the impacts of invasive non-native species that are well adapted to our changing climate.

The key difference between range-shifting species and species which are considered to be ‘invasive non-native species’ is, quite simply, the distance between the ‘donor community’ and the ‘recipient community’. The further away the donor community from the recipient community, the more likely it is to be classified as an ‘invasive non-native’ (though biogeographic boundaries are also important in this distinction, particularly for islands). Generally, invasive non-native species are those which have been introduced by humans, whilst range-shifting species move into areas of their own accord.

Invasive non-native species are, to some extent, defined by whether they have been introduced by humans. However, given the rate of global change, it may be time to consider whether there a case for human intervention in facilitating range shift, especially where there are significant barriers to movement.

An important question to ask is: What are the barriers to species shifting their ranges?

It is easier for some species to shift their ranges than for others. Marine species face few barriers to movement and thus can shift their ranges quite easily. Likewise, birds can quite easily expand their ranges, much to the delight of the twitchers amongst us! Many of us have rejoiced in the recent arrivals to our shores, such as Little Egret, and expanding populations as seen in the Hobby. However, non-volent terrestrial and freshwater species are not able to move so easily. As islands on the western edge of the continent, this is of particular concern in the UK and Ireland. We are also living in a highly developed landscape which creates further barriers to movement through the removal of habitat.

Range-shifting may also be hindered by political borders, which in some cases have physical barriers such as walls. In a recent paper examining the politics of range shift management, a ‘Climate Change Redistribution Treaty’ was considered as a possible mechanism to overcome political barriers to range shift. However, it was concluded that, given the rate 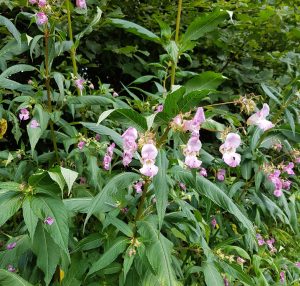 of global climate change and the length of time required to establish such international treaties, it would be best to use existing international agreements such as the Convention on Biological Diversity to facilitate range shift across political borders.

“One of the penalties of an ecological education is that one lives alone in a world of wounds. Much of the damage inflicted on land is quite invisible to laymen. An ecologist must either harden his shell and make believe that the consequences of science are none of his business, or he must be the doctor who sees the marks of death in a community that believes itself well and does not want to be told otherwise.”

In addition to the biogeographical and political barriers mentioned above, there may also be psychological barriers in adapting to range shift. The consideration of range shift in response to climate change can understandably bring up some very difficult emotions for all members of society, but such emotions may be particularly acute for ecologists and environmental managers. The thought of our beloved native flora and fauna being displaced and replaced by non-native species may be abhorrent to some of us. However, we must strive to keep an open mind about this issue, and to develop a nuanced approach, informed by the latest science.

As we all know, there is a considerable degree of uncertainty regarding future climate change projections, making it extremely difficult to plan for the future. We therefore need to be pragmatic, making use of the best available information to inform a strategic, robust approach to managing our changing environment.  Perhaps it is time to consider whether we should welcome new species which could make our ecosystems more resilient to climate change. Sadly, it may also be time to say goodbye to some of our beloved species as they migrate towards their climatic niches further from home.

Most importantly, we need to talk about it! CIEEM has put together a questionnaire to gauge the thoughts of its members on this topic. We would love to hear from you.

Jean Hamilton is a consultant ecologist with over 14 years’ experience in the sector. She has a broad range of experience, having worked in both the UK and Ireland on a wide range of projects including road schemes, green infrastructure and forestry. Jean is a member of CIEEM’s Action 2030 Working Group, the Professional Standards Committee and the Irish Section Committee.