‘This is our last chance’. These were the words of Sir David Attenborough at COP26. They apply equally to rebuilding biodiversity as they do to addressing climate change. Fully functioning ecosystems, comprising the full complement of species, are of ultimate importance in providing resilience to our food supplies, nutrition, the quality of our landscapes, protection from flooding, crop pest control, air and water quality, pharmaceutical products and medicines, health and well-being. Once species become extinct, particularly those unknown to science, their contribution to ecosystem function is lost forever. Without biodiversity we humans would cease to exist. Biodiversity loss represents an impending existential threat to us.

And yet we have treated biodiversity as a nice to have, a luxury. We have not valued it. We have traded natural capital for short-term economic capital. But, some 55% of global GDP (even though GDP is seen as a poor measure of progress) relies on what nature provides and yet nature has been, until now, economically invisible.

Whilst much of the UK’s biodiversity loss has been caused by the intensification of agriculture, especially over the past 60 years, development pressure has also played a part. The introduction of environmental and ecological impact assessments a few decades ago has certainly improved our understanding of the interrelationships between development and biodiversity and, alongside European and domestic legislation, has protected much of the best ‘sites’ for biodiversity. But biodiversity in the wider countryside has suffered greatly.

Hopefully, however, biodiversity impacts from development are about to be addressed properly as a result of the passing of the Environment Act in November 2021 through which there will be a mandatory requirement on the majority of built and infrastructure development to deliver a minimum 10% uplift in biodiversity as a result of development projects. I introduced the concept of biodiversity offsetting and gains from development in 2007 when I set up the Environment Bank. Having spent many years designing mitigation schemes for all types of developments I concluded that biodiversity was receiving a very poor deal. I think most ecologists would echo my concerns based on their own experiences. I felt that what was needed was a transparent and easy system for developers to do what they can within their development site boundary but to offset the residual impacts, creating long-lasting sites for nature recovery. Mandatory biodiversity net gain (BNG) represents a milestone in biodiversity restoration and nature recovery and in my view is probably the most significant conservation policy to be introduced in the past three decades. 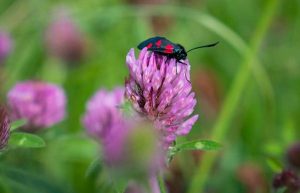 In this blog we explore how BNG can be used to restore nature at scale. Whilst there is debate as to the balance between on-site delivery (where the developer applies the metric and places habitats within the development site boundary) and off-site provision (where bespoke sites are established and funded by the developer), we argue, as have many others, that on-site delivery has a number of major disadvantages, and certainly will contribute little to biodiversity recovery in the country. A better approach is to create large-scale habitat banks that yield credits that can be purchased by developers to make their development compliant with the new law. The blog outlines the roles of the key players – local planning authorities (LPAs), developers and landholders, in making nature recovery through BNG a reality.

With the ambition to see funding put into new, large-scale habitats, Environment Bank has created a new product called BNG Credits that channels funding from development compliance under mandatory BNG, into land management interventions at scale. It relies on the transparency of the ‘biodiversity gain plan’, submitted by the developer in support of a planning application. Within the plan the developer has to identify and secure the method of delivering BNG. Some will be placed on site but realistically this creates impacts on net developable area and, as with off-site solutions, all on-site provision will need to be registered (either locally or nationally) and, most importantly, funded for 30-years. The costs and risks of this long-term commitment will undoubtedly lead to developers looking to off-site much of the BNG provision – where it provides a better deal for biodiversity in creating larger, more contiguous areas where wildlife can flourish.

To support this demand, Environment Bank has established an initial and significant private investment fund and, working with landowners and farmers, is selecting and securing 30 years of habitat creation and management in large habitat banks ranging from c.10ha – 100ha, with at least one in each local planning authority (LPA) area. Environment Bank guarantees all the habitat creation costs and underwrites the management of the site for 30 years, providing the landowner with a significant income stream. In exchange, we own the BNG credits (and other asset classes we will develop in parallel) that are raised on the land as a result of creation, enhancement and management. Transitioning degraded arable farmland into, for example, a woodland scrub species-rich grassland mosaic, delivers a notable yield of BNG credits per hectare, as validated by the Defra 3.0 metric. But our credits are generated for the creation of a range of habitats – woodlands, wood meadows, rewilded sites, wetlands and species-rich grasslands – ensuring the right habitats are in the right place and delivering the best outcomes for nature.

We are creating a pipeline of BNG credits that we are selling to developers so that they have a secure route to BNG delivery that is accepted by the LPA and that underpins planning permission. Our contractual terms enable the developer to discharge their BNG duties with the LPA, enabling them to proceed with their development unencumbered. They remove costs, risks and liabilities of long-term management themselves and large areas of wildlife habitat are created with a guaranteed future. 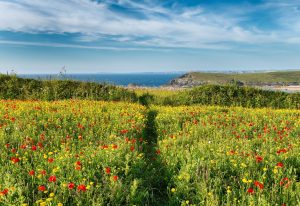 We intend to replicate habitat banks to supply demand from the corporate, non-developer, sector in the coming years. Through the demands of investment fund managers, the Taskforce for Nature-related Financial Disclosure, and other initiatives, it is pretty certain that all corporate entities will need to measure, disclose, reduce and offset their impacts on natural capital in the same way as now applies legally to development. As we scale the model for the corporate sector, we are really excited by the prospect of once again being able to see abundant and prospering wildlife in England with, we would hope, Scotland, Wales and Northern Ireland to follow very soon.

David is chairman and founding owner of Environment Bank which he set up in 2006 to bring the concept of biodiversity offsetting and biodiversity net gain (BNG) to the UK. A passionate conservationist, David has a doctorate in ecology from the Department of Zoology at Oxford, is chairman of Plantlife International, a board trustee of the Esmée Fairbairn Foundation, and was a founding member of Natural England. His work has been a significant influence on embedding BNG into the Environment Act 2021.

Emma is Ecology Director at Environment Bank, managing a team of ecologists and conservation land managers who are working directly with landowners to develop ecologically sound and achievable habitat creation projects across England. As a trained ecologist, Emma has 20 years of ecological consultancy experience across diverse industries, working with landowners, developers, planning authorities and a range of stakeholders in the development consenting process including significant experience designing and delivering ecological mitigation, habitat restoration and BNG. Emma ensures that sound ecological principles and technical integrity underpin Environment Banks decision making.