A great site visit on 08 June for CIEEM members to the species-rich lowland meadows that Professor Ian Trueman from the University of Wolverhampton created between 2001 and 2005 at Venus Pool in Shropshire (owned by the Shropshire Ornithological Society). A walk over the site in light rain guided by Ian who explained his meadow creation techniques and a sandwich lunch in one of the bird hides made it a real field visit. This was a joint event between the Ecological Restoration & Habitat Creation Special Interest Group and the West Midlands Section. The meadows were created by green-hay strewing which is a very successful technique that Ian has pioneered. The green hay for Venus Pool was harvested from four SSSIs in Shropshire as well as Mottey Meadows NNR in Staffordshire and the green hay from each donor site was transferred to different fields around Venus Pool. There is a good summary available here.

In the afternoon, most of the group went for a flying visit to Lodge Field LNR in Ironbridge (Telford) where there is a hay meadow restoration that has been going on since 2005. The field was derelict as horse grazing had stopped with brambles starting to grow out in the middle as well as from the scrubby edges. Grassland restoration had a high chance of success as there were still interesting and typical meadow species and the soil phosphorous and potassium levels were very low. A single annual cut and collect grass-cutting regime was imposed in mid-August followed by harrowing to mimic the aftermath grazing which is not possible on this urban fringe site. The meadow has been dramatically restored. In 2016, the best fit for the data from a NVC survey was 60% for the MG5a community. The numbers of common spotted orchids, southern marsh orchids and their hybrids are counted annually by the Lodge Field Group who manage the site in conjunction with Telford & Wrekin Council. The numbers of orchids are used as a proxy for the quality of the grassland as the local group does not have expert botanists to do detailed condition monitoring or NVC surveys. The orchid numbers have increased from 19 in 2005 to 2,362 in 2018.

If you’re a member of CIEEM, you can find out more about both the Ecological Restoration and Habitat Creation SIG and the West Midlands Section in the Members’ area. 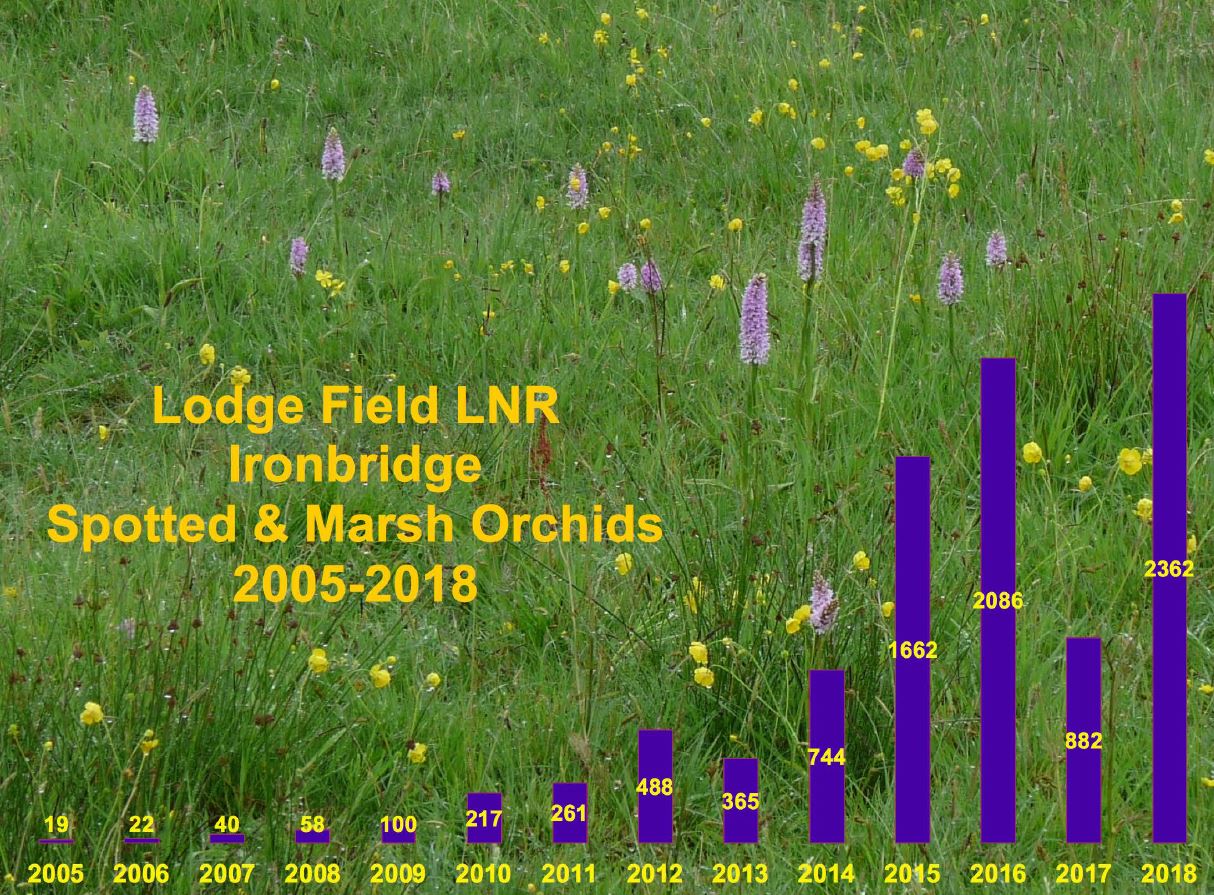