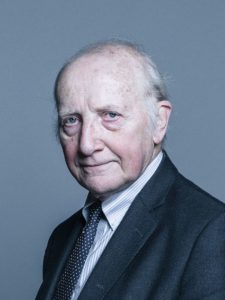 CIEEM is sad to report that our longstanding Patron – John Roundell Palmer, The 4th Earl of Selborne GBE FRS DL – has passed away this month at the age of 80.

The Earl of Selborne was a member of the House of Lords between 23 February 1972 and 26 March 2020, during that time serving on and Chairing the Science and Technology Committee (Lords).

He dedicated much of his time to supporting the environment and farming, taking a particular interest in ecology. He chaired the Joint Nature Conservation Committee (JNCC) from 1991 to 1997, was a member of the Royal Commission on Environmental Pollution from 1993 to 1998, was President of the Royal Geographical Society from 1997 to 2000, Chancellor of the University of Southampton from 1996 to 2006, and Chair of Trustees of the Royal Botanic Gardens at Kew between 2003 and 2009.