Biodiversity Net Gain (BNG) is going to be a game-changer for many people involved in land management.

Due to come into law in England under the Environment Bill, the concept requires developers to show planners that a 10% net gain in biodiversity will result before any project is green-lit.

Landowners are already very positive about the concept, which is likely to be introduced as legal requirement in or before 2023.

We are already working with estates keen to be ahead of the game by including BNG proposals alongside planning applications for developments that will be delivered prior to the formal introduction of BNG to the statute book.

There’s a new wave of enthusiasm among them for environmental projects – plus BNG could provide an important new revenue stream at a time when the existing agricultural support regime is being phased out.

This will be another step in the journey that has seen so many farmers view biodiversity, not simply as an add-on to what they do, but an integral part of their businesses and indeed their responsibilities.

When it comes to the big challenges that society faces, such as enhancing biodiversity and tackling climate change, farmers and landowners are – and very much want to be – at the heart of the solution.

Already some of our landowning clients are asking questions about BNG, such as what sort of sums are likely to be paid to incentivise the work?

Many ecologists may question the efficacy of the Defra Metric and how it is applied; whether it can be used to truly deliver a 10% gain. The Defra Metric will continue to evolve and improve, and Metric 3.0 is due to be released shortly. Yet, what is clear is that when BNG is fully implemented it will be a marked improvement for the environment over the current planning system.

A huge variety of work could potentially be paid for under BNG – everything from hedgerow planting, wetland creation and heathland restoration, to management practices to encourage restoration of semi-natural habitats.

This is happening at a time when many rural businesses are having a fundamental rethink about how they manage their land, with farm incomes under pressure and COVID-19 focusing minds on the need for change.

Understandably, farmers have some reservations about tying up land for such a prolonged period (BNG contracts are likely to be for 30+ years) and, in many instances, the changes would represent an irreversible alteration of land use. But they’re actively seeking new ways to use their land responsibly and, if they could secure a long-term commitment to be paid for creating or restoring a habitat, that would appeal to many.

CLM is involved with one of the nine National England pilot projects devised to help shape the framework for BNG. We’re working with Iford, a Sussex estate well-known for its conservation credentials in the South Downs National Park, to throw light on some of the technical and financial aspects of BNG.

It’s an exciting initiative. The types of project that could potentially be undertaken at Iford to provide a bank of offsite biodiversity units include creating lowland chalk grassland from arable land, turning semi-improved chalk grassland into species-rich chalk grassland, and restoring and enhancing coastal and floodplain grazing marsh. The latter would not just improve the habitat for various species including wading birds, but also increase the land’s flood attenuation capabilities.

It’s fascinating being able to join the dots, by acting both for the farmers/landowners who can help deliver BNG while also working on the ecological aspects – calculating the baseline using the Metric and suggesting the most appropriate ways of delivering the required 10% gain.

BNG really could represent a win-win – for biodiversity, for farmers and for the many CIEEM members whose skills and experience will be required to deliver it.

Farmers, after all, understand their land intimately, but they need the advice and experience of specialists such as CIEEM members.

Ultimately, it’s also an opportunity for all of us involved in rural land management to work more closely together and take an increasingly collaborative approach. Among BNG’s many benefits could be the start of a new era of ever-more constructive, positive working relationships between ecologists and environmentalists and farmers and landowners. 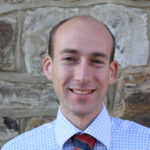 Kevin Jay MCIEEM is a Farm & Environment Consultant with CLM, a leading firm of rural advisers. Contact him on 01892 770339 or Kevin@c-l-m.co.uk.