In 2020, the Mammal Society published the first Red List for British Mammals, which highlights species most at risk of national extinction according to IUCN categories. The Mammal Society collated all of the available information on the population of each British mammal, assessed their status and current threats and applied internationally accepted criteria in a rigorous manner never previously carried out for Britain’s mammal fauna. The Mammal Society also included assessments for non-native (naturalised) species since these species are such a large part of Britain’s mammal fauna and their status may reflect wider changes in the countryside of importance in wider land use or conservation planning. 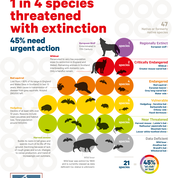 The Red List showed that 11 of the 47 mammals native to Britain are classified as being at imminent risk of extinction. A further 5 species were classified as “near threatened” — meaning that there is a realistic possibility of them becoming threatened with extinction in the near future, and 4 were “data deficient”, meaning that their conservation status is unknown owing to a lack of information. Among those species listed as being at risk of extinction in Britain are the water vole, hedgehog, hazel dormouse, wildcat and the Grey long-eared bat.

Crucially, the Red List for Great Britain has received authorisation on behalf of the International Union for the Conservation of Nature (IUCN) at a regional level. There have been previous studies of mammal status in Britain, and attempts to assess mammal population sizes, but this is the first time British domestic mammals have been put on the same footing as major international conservation programmes, allowing direct comparisons to highlight the risks faced by resident species.

Separate reports were also provided for England, Scotland and Wales. While there is currently no mechanism for these to be formally approved, it was considered important to have information available at the country level to support conservation action in devolved administrations. Reports were developed for each country’s Statutory Nature Conservation Organisation, and the Joint Nature Conservation Committee, ensuring joined up action across the UK. 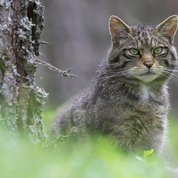 The Red List project also engaged members of the public and local wildlife groups through the Mammal Society’s free Mammal Mapper app which contributed to the research.

The report has already led to further research and conservation action, including a species action plan for water voles in Wales, a collaborative project to monitor the status of mountain hare in Scotland and a review of how to fill evidence gaps for bats to enable the more strategic planning of development.

Over the last few weeks, we have been posting further information on each of the 2021 CIEEM Awards Winners over on our blog. A full recording of the event is now available to watch online. Further details on each project/individual is set out in our 2021 CIEEM Awards Booklet.