The Committee on Climate Change (CCC) has demonstrably had a significant impact in terms of leading action, raising awareness and engaging with a wide range of key organisations in relation the global climate emergency. The CCC is recognised as being at the centre of climate change policy in the UK and is widely trusted for its impartiality and its analytical honesty and rigour. 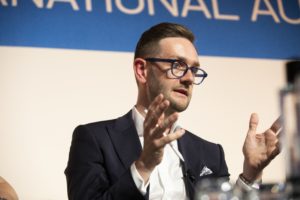 The CCC is an independent statutory body established by the Climate Change Act 2008. Its purpose is to advise the UK Government and the Devolved Administrations on emissions targets and report to Parliament on progress made in reducing greenhouse gas emissions in preparation for climate change. The CCC comprises experts in climate change, science, economics, behavioural science and business.

The CCC has demonstrably been very effective in holding the UK Government to account and driving it to generate policies to reduce progressively our greenhouse gas emissions and to prepare our economy and our natural environment for the future. For example, the UK was the first country to establish a long-term legally binding framework to cut carbon emissions. The original target requiring greenhouse gas emissions to be reduced by at least 80% from the 1990 baseline by 2050. In response to the 2019 CCC report ‘Net Zero: The UK’s contribution to stopping global warming’, the Climate Change Act was amended in June 2019 committing the UK government to reduce greenhouse gas emissions to at least 100% of the baseline (‘net zero’) by 2050.

The complex relationship between the climate emergency, biodiversity and the natural environment feature prominently in key reports from the CCC to the UK Parliament. The Climate Change Act created an Adaptation Sub-Committee to support the CCC and report specifically on action taken in the UK to adapt to global heating. The Sub-Committee’s 2019 Report to Parliament ‘Progress in Preparing for Climate Change’ emphasises the complex relationship between climate change, biodiversity and the natural environment and the need to take more sophisticated approaches to measure and respond to climate change impacts on the natural world. Evidence would suggest that the Government and Devolved Administrations are listening.

Over the last few weeks, we have been posting further information on each of the 2020 CIEEM Awards Winners over on our blog. A full recording of the event is now available to watch online. Further details on each project/individual is set out in our 2020 CIEEM Awards Booklet.