Taylor Wimpey approached the Environment Bank in 2012 in search of a local landowner from whom they could purchase the conservation credits required to offset a development of 98 residential dwellings with associated open spaces, structural landscaping and access. 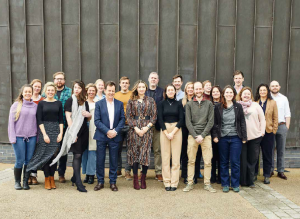 The Environment Bank found a suitable project with the Earth Trust. Bushey Bank is a 2.14ha steep south facing chalk slope located on the Earth Trust farm. It is part of a farming unit historically known as North Farm which was acquired by the Earth Trust in 2011. The site was extant semi-natural calcicolous grassland which supported calcareous grassland plants typical of this sward type. The sward was relatively uniform in height with local species diversity becoming less rank, and more botanically diverse, towards the upper slopes of the bank. Although false oat-grass was locally frequent, there were good quantities of desirable calcareous grasses. There were large amounts of blackthorn suckers, especially in the western part of the site, and small amounts of undesirable species scattered throughout.

A condition assessment carried out by the Environment Bank highlighted that the habitat was in ‘poor’ condition. With a structured management and monitoring plan, the habitat condition could be significantly improved to ‘unimproved calcareous grassland in good condition’. This would create the 9.4 biodiversity units required to offset the development. Units were calculated using the original Environment Bank Biodiversity Impact Calculator.

In 2013, Environment Bank facilitated the legal agreements with the landowner, developer, and Local Planning Authority to ensure the land was managed and monitored appropriately. A 15-year Management and Monitoring Plan was produced to ensure the success of the site.

In 2014, the Earth Trust cleared the large areas of scrub and installed a stock-proof fence around the perimeter allowing an annual grazing regime to be implemented. The Earth Trust has undertaken annual management and monitoring and submits annual reports to the Environment Bank. 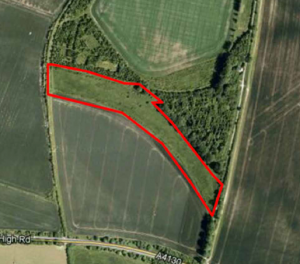 In July 2020, Environment Bank undertook a monitoring visit which identified the grassland as Phase 1 habitat type unimproved calcareous grassland meeting the target habitat type. However, only 4/5 condition criteria were met owing to the scrub encroachment across large areas of the site. The scrub coverage was discussed with the landowner and was attributed to  the cancellation of the scrub cut in 2019 due to difficult weather/terrain conditions. The cut scheduled for August 2020 rectified this impact resulting in all target conditions being met.

Annual management and monitoring will continue until the scheme ends in October 2028. Environment Bank will undertake a further two monitoring visits to ensure the target habitat and condition continue to be met.

A key aspect of this scheme is that Bushey Bank was the pilot project of the innovative Environment Bank Biodiversity Impact Calculator which was used to demonstrate quantifiable BNG in, at the time, a visionary approach. Environment Bank produced a process by which developers could purchase conservation credits (protected under legal agreements) that allowed them to offset their BNG deficit and produce actionable habitat improvement in a focused and evidencebased approach. Conservation credits allowed the developer to demonstrate BNG to the LPA, the landowner to receive an additional revenue stream through use of impactable farmland, all while the environment benefited greatly through the project’s success.