Urban wilding: Are there lessons we should learn?

This viewpoint article took a brief look at issues and opportunities relating to small-scale urban wilding. It argued that current consultancy approaches are supressing wilder, richer biodiversity from arising in urban areas by underappreciating the unique properties of urban spontaneous vegetation, which supports important biodiversity. 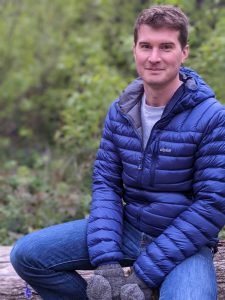 The article starts by defining the term ‘wilding’, which can mean different things to different people, as “the spontaneous plant and animal communities that occur when urban land is freed from regular, active management”. The author then argues that changing perceptions of what wilding looks like, namely the fact it can be integrated into urban areas, is crucial to allow for more innovative approaches to urban habitat design.

An assessment of the current approach to designing habitats around development follows, which focuses on planting species we would like to see, and suggesting a new, wilder approach. This would involve appreciating the unique ecosystem processes which give rise to urban biodiversity and creating the correct conditions to support high biodiversity, letting wild species find their own way into urban landscapes, for example training ecologists to beneficially use different types of aggregate and mineral soil to create the complex substrates required by rare/threatened brownfield invertebrates and diverse early successional plant assemblages. 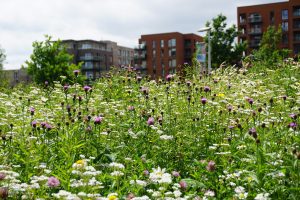 Gaps in habitat classifications relating to urban habitats are also discussed, for example the packaging of a range of tall-herb communities into ‘ephemeral short perennial’ in the Phase 1 habitat survey, and the Biodiversity Metric 3.0 only allowing for high-distinctiveness ruderal/ephemeral urban vegetation if an area of habitat is over 0.25 ha. The author calls for the evidence base on the biodiversity supported by small habitat patches to be expanded, and their benefits communicated widely and recognised in the metric.

Finally, the article considers the need for a judicious and sparing approach to where we allow wild, spontaneous urban vegetation to develop given social and other considerations, whilst also addressing the fact we are underappreciating the unique properties of urban ecosystems which give rise to unique and important biodiversity.