Like them or loathe them, catch-phrases are part of our lives. Members working on construction sites will be familiar with the phrase: See it, Sort it, Report it or See it, Sort it, Stop it. Both used to increase vigilance around health and safety. The phrase coined by Network Rail “See it, Say it, Sorted”, in its first year saw a 90 per cent increase in reports by the public, potentially preventing hostile acts. The Covid outbreak has also seen a flurry of phases over the last year, again to get people to remember to act.

For a while now I have been thinking catch phrases are relevant in the environment profession too. I am not talking about ‘Bigger, Better, More of and More joined up’, aspirational as this one is. Nor is it ‘Avoid, Mitigate, Compensate, Enhance’, tediously dry as this is. I am talking about a situation that doesn’t yet have a catch phase, but perhaps should.

To go back to my favourite:

“If you see something that doesn’t look right, speak to a member of staff or contact the police. We’ll sort it, See it, Say it, Sorted.”

The purpose of the saying is to get everyone helping, many eyes are better than a few. The police can’t be everywhere all the time, so it’s about us, collectively helping to keep our fellow passengers safe. We are asked to have a duty that goes beyond our primary purpose of traveling to our destination.

How do we know that we’ve seen something dodgy – and need to act? The situation has not happened to me, but it’s probably similar to the butterflies-in-the-stomach-feeling, which I get when I have something important to say to a zoom call full of faces. 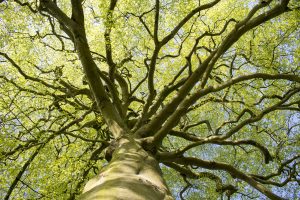 A situation came up last year that has made me think about this again. I was involved in a project in London, where a mature, healthy London plane tree was felled to make way for a new building. This sparked news coverage that saw public figures remark on the irreplaceable loss and the developer receiving verbal abuse that was broadcast across social media. It was in the way, and its value not considered sufficient enough to change the design. Whilst not a specifically ecological issue, we had undertaken a number of surveys on and around the tree and I knew the context well. So when my butterflies started to flutter during the project inception meeting after which someone remarked that the tree would not be saved, why did I not say anything?

I was new to my job. It was too early in the morning. I didn’t want to make a scene. It’s the landscape architect’s job. My scope doesn’t cover it. I am too busy to worry about other matters.  Lots of reasons. And if I think about scenarios that have happened in the past, I remember things being said like: ‘Keep it simple Rosie; that’s not your remit. You don’t have the authority. Get on with completing the report, rather than ask so many questions!’

If I said something, I’m not sure it would have made a difference, but I would have felt better for it. The meeting was early on in the project, maybe it could have instigated a design review? Or maybe it would have enabled others to respond.

We are the professionals of the wildlife and habitats and more recently natural capital and ecosystem services and if we don’t say anything who will? It might take courage to act because it may not be what our clients or colleagues want to hear. It will probably be beyond our comfort zone, after all, I for one didn’t get into ecology to be in the limelight. And whilst it may not be an immediate threat to life, the climate and ecological crisis is asking us to respond as if our house is on fire, and we have a collective responsibility, right? As environmentalists, we hold a critical friendship with our clients. These are not just developers or utility companies, but also NGO’s, members of the public and funders; they need us, and we need to tell them if anything they are doing is not quite right.

Of course, this is a very simple situation and many members will be involved in far more complicated matters, but it’s the principle of at least flagging up something when it doesn’t feel or look right. It might be out of our control but maybe not for others.

So what catch phase would work to help us stand up and speak out for the injustices that happen around us? I like this recent one from the British Army: Fail, Learn, Win. Or how about Feel it, Question it, Create Change? …..room for more improvement I’m sure. What do you think?