Each year CIEEM’s Governing Board approves the award of the Chartered Institute’s highest honour, the CIEEM Medal, to a deserving recipient (who may or may not be a member) in recognition of their outstanding single or life-long contribution to the field of ecology and environmental management. 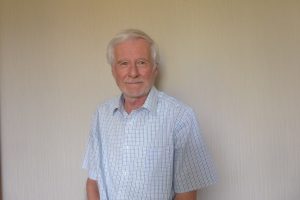 David is regarded by many as the leading authority on interpretation of one of the primary legislative influences of the last 30 years (i.e. the Conservation of Habitats and Species Regulations 2017) as well as a wide range of other environmental and planning policy/legislation. Indeed, he is synonymous with sound advice and guidance relating to much of the work of ecologists and environmental managers, with a reach across the UK and Ireland. David’s influence extends beyond this role. As well as being a Chartered Town Planner and qualified Landscape Architect, David is one of the first people to have been awarded Fellowship of both CIEEM and the RTPI in recognition of his outstanding contributions to both sectors.

To ecologists who began to practice in the late 1980s and early 1990s David was, and remains, a figure of calm authority and wisdom. His expertise in the role of local authorities in nature conservation was nationally renowned and universally respected and is encapsulated in his publication Gaining Momentum: An analysis of the role and performance of local authorities in nature conservation (1985). His training course on planning and nature conservation became the ‘go-to’ resource for professional ecologists working with the planning system at that time. Active in the Local Government Nature Conservation Initiative in the 1990s, David was instrumental in the birth of the Association of Local Government Ecologists (ALGE). He authored, with Ian Collis, Natural Assets: Non-statutory sites of importance for nature conservation, which helped to kickstart an era in which the value of such sites was finally recognised, and indeed acknowledged in the 1994 PPG9 – Nature Conservation.

David was renowned for his public inquiry work, notably a notorious encounter with Donald Trump over a proposed golf course near Aberdeen, and for the major Dibden Bay port inquiry, and gained a significant reputation as an effective expert witness. Through his work he developed our industry’s understanding and application of Habitat Regulations Assessment (HRA), Strategic Environment Assessment (SEA) and Environmental Impact Assessment (EIA) in the UK and Ireland; wrote authoritative guidance on the assessment of plans and projects under HRA, and also acted as a peer reviewer of others’ work. He was the original author of the Scottish Natural Heritage (now NatureScot) EIA Handbook. Indeed, over the years David’s balanced and steadying hand having quietly guided many statutory decision-making processes. David stepped down from his formal consultancy role in 2015 but has since maintained an active role as co-Director of DTA Publications where he takes a leading role on work to update and maintain the award-winning Habitats Regulations Assessment Handbook and Journal. As such, even in his semi-retirement, David continues to quietly and effectively influence policy and understanding.

David will be presented with the Medal at the CIEEM Awards event later this month.