CIEEM South East Section members had a rare opportunity last year to visit an amazing site near Farnborough: Eelmoor Marsh SSSI. This site is a closed site with no access to the general public as it is own by QinetiQ, who carry out secret squirrel style stuff for the government and impose a lot of security around the area. Eelmoor Marsh is 79 hectares of exceptional and precious habitat, which has been under management and restoration for over 20 years. In association with Marwell Wildlife, low intensity grazing with Przewalski’s horses and Highland cattle has helped to restore ecological processes. Mechanical methods have also been used to remove invasive trees and modify the hydrology to retain water. The restoration has created a rich complex habitat made up of wet, humid and dry heath, species-rich grassland, mire, and woodland communities and now supports over 400 species of conservation concern. This site also has sandy areas, which are perfect for Britain’s rarest lizard, the sand lizard.

Since 1989, Marwell Wildlife has contributed nearly 2000 sand lizards to various reintroduction projects through a captive breeding programme in partnership with Amphibian and Reptile Conservation Trust (ARC) and Natural England (NE). In September 2017, 80 juvenile sand lizards were released at Eelmoor Marsh, with a further 80 individuals released in 2018 and 2019. The project was to be monitored and recorded over the three years by Rachel Gardner, a PhD student at the University of Southampton in association with Marwell Wildlife. Within two months of the initial release 15-20% of the population was seen on the majority of post-release surveys by Rachel. By monitoring the behaviour of the animals, it has given a unique insight into what the sand lizards required from the habitat and confirmed dispersal distances between 1 m to more than 100 m from the original release site.

In June 2019, a small group of CIEEM members from the South East Section had the opportunity to participate in a free guided tour of the site with Rachel Gardner. I was grateful that the weather stayed fine for us. During the tour, Rachel went into great detail about the site management and sand lizard reintroduction project, and the successes of the project so far. We were able to visit the areas where the monitoring of the sand lizards was taking place, but unfortunately did not see any of the very elusive, cryptic animals themselves. Rachel was in the process of applying for further funding to extend her research. Watch this space, as I intend to keep in contact with Rachel and arrange another site visit; hopefully for 2021. 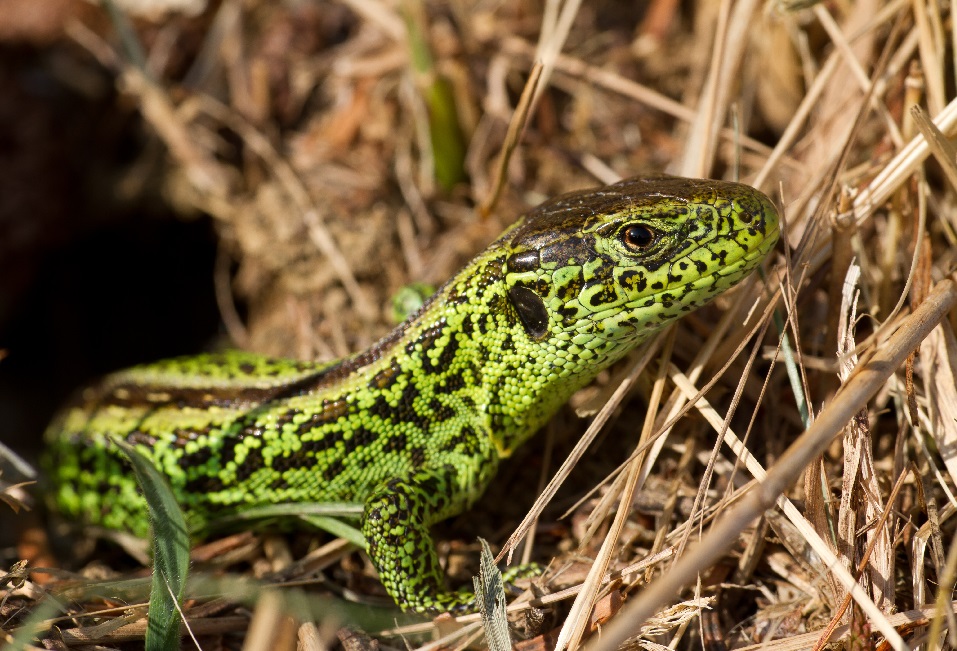