Can offsetting schemes for CO2 emissions deliver their benefits in real-time rather than at some time in the future?

Global temperatures are currently 1 degree C hotter than in preindustrial times. Global heating could be kept to a maximum of 1.5 degrees C if we all act now. A further rise to 2 degrees C will significantly worsen the risks of drought, floods, extreme heat and the resultant poverty for hundreds of millions of people. The UN Intergovernmental Panel on Climate Change report says urgent and unprecedented changes in all aspects of society are needed to reach this target of 1.5 degrees C but these changes are affordable and feasible. Restricting global heating to 1.5 degrees C above pre-industrial levels could prevent corals from being completely eradicated and ease pressure on the Arctic and other vulnerable habitats. This requires halving global emissions of greenhouse gases by 2030 and ending these emissions by 2050.

The Intergovernmental Science-Policy Platform on Biodiversity and Ecosystem Services (IPBES) reports that there is an unprecedented decline in natural life across the world with over 1 million species at risk of extinction without ‘transformative changes’. The five direct drivers of change in nature with the largest relative global impacts in descending order are: changes in land and sea use; direct exploitation of organisms; climate change; pollution; and invasive species.

Soils, vegetation and marine ecosystems are carbon sinks in complex and dynamic equilibrium with atmospheric CO2. Their capacity to absorb new CO2 emissions is limited. These carbon sinks are not necessarily full but may not be able to absorb CO2 as fast as it is being released by the use of fossil fuels. New emissions of CO2 from the use of fossil fuels accumulate in the atmosphere increasing global heating.

Offsetting schemes involve removing CO2 from the atmosphere (for example, tree planting or peatland restoration) or reducing the release of CO2 to the atmosphere (for example, energy efficiency or renewable energy). The costs of formal offsetting schemes vary and there are certification schemes for ensuring the schemes are verifiable and registered. The projects that offsetting schemes support are vital. Trees must be planted, existing woodlands and peatlands that hold and absorb carbon must be protected. Renewable energy and energy efficiency projects are crucial. Offsetting schemes have a part to play in delivering funding for these projects at the scale and speed needed to make a real difference.

Offsetting residual CO2 emissions through habitat creation or restoration is a key issue for organisations that want to link the climate emergency and the biodiversity crisis. Residual CO2 emissions can be offset by increasing the capacity of existing vegetation and habitats to absorb CO2. This can be done by creating new vegetation and habitats (e.g. woodland on poor-quality agricultural land) and by restoring existing habitats (e.g. functional peatlands or seagrass meadows). Habitat restoration and habitat creation schemes need to be started now and to be ambitious and large-scale because such schemes could make a real impact on reducing CO2 levels and tackling the ongoing losses of biodiversity.

There is a powerful argument for ‘real-time offsetting’ which deal with CO2 emissions concurrently with their generation or within a year. In other words, the annual residual CO2 emissions (e.g. travel) over a year are absorbed by created and restored habitats over one year, or where this amount of CO2 no longer goes into the atmosphere because of renewable energy or energy efficiency projects. This argument is rarely heard and the practical issues are complex and must involve verification and certification.

Get more involved in these issues at the CIEEM Summer Conference on 21 July. This online conference will address professional approaches and practical actions for the interlinked climate emergency and biodiversity crisis. 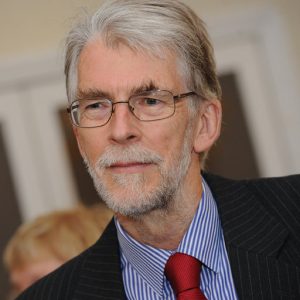 John is an experienced ecologist and environmental manager who has worked in both public and private sectors. He is a CIEEM Fellow and was President from 2012-2015. John chairs the Action 2030 group which provides challenge and advice to CIEEM on the climate emergency and biodiversity crisis.

The text of this blog has been greatly improved through discussions with Richard White of NatureBureau.