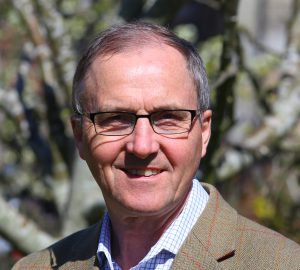 His scientific research work, which covers marine mammals, seabirds, polar research and the impacts of policy on environmental impacts, is considered outstanding. Perhaps his most significant discovery has been the functional relationship between the performance of marine predators and the state of their food supply, first published in the Journal of Animal Ecology in 2001. Working in the krill-based ecosystems of the Southern Ocean, he demonstrated that, where there was a surplus of marine production, this could be exploited by fisheries before there were wider effects on marine ecosystems. Sir Ian also showed that this relationship was general for most marine ecosystems and that, to be sustainable, fisheries needed to leave at least one-third of the biomass in the ocean for other predators. This led to new ways of managing fisheries, benefitting both marine conservation and the economic interests of the fishing industry.

Professor Sir Ian Boyd is extremely highly regarded for his work as former Director of the NERC Sea Mammal Research Unit at St Andrews University, where he enhanced their reputation for sound science, before going on to establish the Scottish Oceans Institute, now the lead scientific centre for multidisciplinary oceans research in Scotland, and the multi-disciplinary/interorganisational Marine Alliance for Science and Technology for Scotland (MAST), the leading UK research consortium on ocean science and management.

From 2012 to 2019 he was DEFRA Chief Scientific Adviser, providing carefullyresearched and well-argued scientific advice on many issues, including high profile and controversial issues such as bovine TB and badger culling, tree disease and the use of Novichok in the Salisbury poisonings. He has also played a leading role in advising on the impacts of climate change on food production, flooding, waste reduction and pesticide use.

Since retiring as Defra Chief Scientific Adviser in 2019, he has proved to be a major figure in influencing thinking and action on environmental management. He has set out a new, evidence-based agenda for dealing with two major issues which confront society now and in the future: transformation of land use away from traditional livestock farming and patterns of human consumption dependent on environmental resources. To this, he has added a strong and thoughtful voice on dealing with pandemics as a member of the UK Government’s SAGE and of the Royal Society of Edinburgh’s Post-COVID-19 Futures Commission. He is co-chair, with Scotland’s First Minister, of the new Environment Council established by the First Minister. He speaks without fear or favour, clearly articulating his arguments in an exemplary manner as an environmental scientist with feet firmly on the ground in what needs to be done in policy and practice by government and societal actors to adjust our use of and impact on environmental resources.

Professor Sir Ian Boyd has championed scientific excellence throughout his career, and specifically that policy should be evidence-led. He is widely regarded as an exemplar of good practice within the profession of ecology and environmental management and is undoubtedly well-deserving of the 2021 CIEEM Medal.