The North-West Rare Plant Initiative (NWRPI) is a regional conservation effort targeting over 40 vascular plant species within the region of NW England, aiming to conserve them primarily by using ex situ 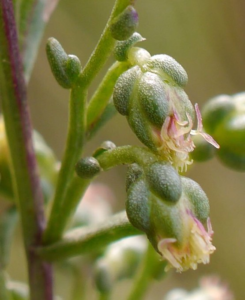 cultivation methods, followed by reintroduction and reinforcement. The project began in August 2017 not long after Josh Styles graduated from Edge Hill University and was started from a small scholarship he was awarded at that time by his university.

Since its beginnings in 2017, through the fantastic efforts of partners and partner organisations, the NWRPI has been able to undertake over 30 reintroductions. Of these, ongoing monitoring has revealed that 40% have shown an increase in abundance and/or distribution, 47% have remained stable, whilst only 13% have been found to have undergone declines. The NWRPI reintroduction protocol adheres to IUCN and JNCC translocation guidance. Monitoring is undertaken once within a 6 month period following introduction, whilst ongoing survey visits are conducted at least once annually following this.

White Beak-sedge now exists on all major GM peat basins and has seen an increase in population size of over 150% during 2019. Propagules of this species have been moved across all sites to aid dispersal during winter this year and it’s hoped that this plant, a species that should be a major component of the vegetation, continues to re-establish in the future as it has done in recent times. This is important also, as White Beaksedge is the primary listed foodplant for the Large Heath butterfly, which Lancashire Wildlife Trust in cooperation with Chester Zoo, are reintroducing across the mosses later in 2020.

Lesser Bladderwort was reintroduced to Risley and Astley mosses during 2018, from a stock of around 30 plants for each site. These were sourced from the last remaining population in the area, sited in Delamere forest. Following reintroduction, the population estimate for Astley Moss now exceeds 29,000 individuals, whilst the estimate for Risley exceeds 3,000. This ‘Vulnerable’-listed species has dramatically increased its population size and distribution across the Manchester Mosses SAC and ,thanks to the efforts of NWRPI, its futures are near-secured for the area, following extinction over 150 years ago. 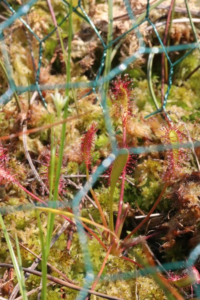 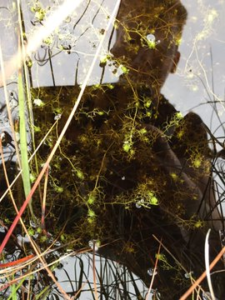