David Tyldesley is regarded by many as the leading authority on interpretation of one of the primary legislative influences of the last 30 years as well as a wide range of other environmental and planning policy/legislation. Indeed, he is synonymous with sound advice and guidance relating to much of the planning-related work of ecologists and environmental managers, with a reach across the UK and Ireland. 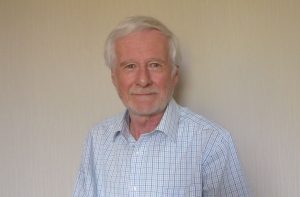 David is a Chartered Town Planner, a qualified Landscape Architect and one of the first people to have been awarded fellowship of both CIEEM and the RTPI in recognition of his outstanding contributions to both sectors. He is a prolific author, with texts ranging from Birches, badgers and buttercups: Nottinghamshire’s natural history (1986) to the Habitats Regulations Handbook (2013).

To ecologists who began to practice in the late 1980s and early 1990s David was, and remains, a figure of calm authority and wisdom. His expertise in the role of local authorities in nature conservation was nationally renowned and universally respected. He authored, with Ian Collis, Natural Assets: Nonstatutory sites of importance for nature conservation, which helped to kickstart an era in which the value of such sites was finally recognised and acknowledged in subsequent planning guidance.

David was retained as a nature conservation and planning adviser by various statutory nature conservation bodies, advised national governments on related issues and was commissioned to
undertake research into, for example, the feasibility of introducing Biodiversity Net Gain into the English planning system and the potential shape of a new marine spatial planning regime based on an ecosystems approach. This latter work influenced the marine planning system we have today, as embodied in the Marine and Coastal Access Act 2009.

He has been renowned for his public inquiry work, including that relating to high profile and highly contentions schemes such as the Dibden Bay port expansion, and he gained a significant reputation as an effective expert witness. Through his work he developed our sector’s understanding and application of Habitat Regulations Assessment (HRA), Strategic Environment Assessment (SEA) and Environmental Impact Assessment (EIA) in the UK and Ireland, wrote authoritative guidance on the assessment of plans and projects under HRA, and also acted as a peer reviewer of others’ work. He was the original author of the Scottish Natural Heritage (now NatureScot) EIA Handbook.

Over the years David began to focus increasingly on work related to HRA and authored or co-authored many seminal pieces of guidance. He was frequently called upon to provide advice on sensitive matters and controversial casework and his balanced and steadying hand having quietly guided many statutory decision-making processes. As co-Director of DTA Publications, he still takes a leading role on work to update and maintain the award winning Habitats Regulations Assessment Handbook and Journal.

David Tyldesley is widely regarded as a champion of good practice with regard to identifying and understanding the ecological impacts of development planning, especially in relation to high value sites and, as such, his work has influenced, and continues to influence, thousands of ecologists, planners and landscape scientists. David is undoubtedly well-deserving of the 2022 CIEEM Medal.